The japanese tree frog (hyla japonica) is a kind of frog that can be found in Japan, Korea, as well as the northeastern part of China. 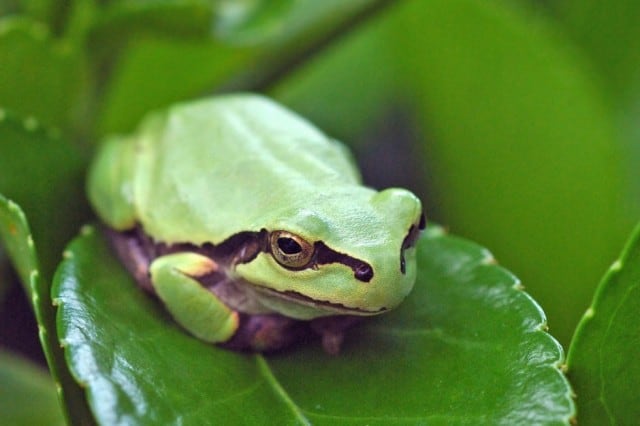 It is a species unknown to most, that has developed the ability to time-differentiate its mating calls, so that the females it is interested in, can tell it apart from the others. Male japanese tree frogs have been reported to have the ability to desynchronize their mating calls, in order to avoid confusing their potential mates.

Now, scientists from the Polytechnic University of Catalonia, seem to take advantage of this unusual behavior of the mating call by japanese frogs, in order to develop an algorithm that can correspond colors to wireless network nodes, a procedure used to develop efficient networks.

In an attempt to solve something known as “graph coloring” -a problem of corresponding colors to nodes on a chart, so that a network’s nodes are colored with as little number of colors as possible, without any two neighboring nodes having the same color- scientists take the behavior of frogs as an example, to create an automated procedure that attributes different colors to network nodes.

“Since there is no system of central control organizing this desynchronization, the mechanism may be considered as an example of natural self-organization,” explains Christian Blum. “This type of graph colouring is the formalisation of a problem that arises in many areas of the real world, such as the optimization of modern wireless networks with no predetermined structure using techniques for reducing losses in information packages and energy efficiency improvement.”

In fact, this study falls into “swarm intelligence”, a field of science that aims to design intelligent systems based on multiple factors. Their inspiration often comes from nature itself and is based on the behavior of social animals, like ant colonies, bird flocks, fish and frog shoals, and so on. So, it seems that science keeps having its best inspiration from nature, and this proves its grandeur once again.